Any sufficiently advanced technology is indistinguishable from
~~~ Arthur Clarke

Indeed, technology with its great tools and features is no less than magic, as it has comforted the lifestyle of humans, while keeping the efficiency and productivity intact. Mobile technology has recently grown better and vast, helping not only many companies and start-ups to flourish, but also letting individuals to complete any task or activity, seamlessly through their fingertips. Smartphones have hence, become an indispensable part of our lives!

It is therefore needed that to improve the efficiency of our smartphones alive, so it can deliver us the best. But, we also need applications which are light and productive. That’s when 360 Security Lite comes to the rescue. As the name suggests, it provides 360 degree of protection (mobile security), backed by a leading antivirus engine. Its intelligent boost and clean technology keeps our device junk-free and fast. It is a simple and powerful mobile security application which aims at optimizing our mobile system and giving it a refreshed life, which in turn will be beneficial in completing our tasks effortlessly.

When I read about this awesome App, I immediately downloaded it. The initial screen showed how my smartphone was not optimally performing and I was just a click away from achieving that. With the Boost feature, I easily boosted my mobile performance and battery life by 22%.

Another feature of the app was Clean which on scanning showed how my phone had 1.03 GB+ of junk files, which consumed a lot of my phone memory space. The cleaning of junk files was done with a simple one-click procedure and within, a few seconds, my smartphone was free of any junk and unwanted files, allowing it to have more space and hence, a better performance. 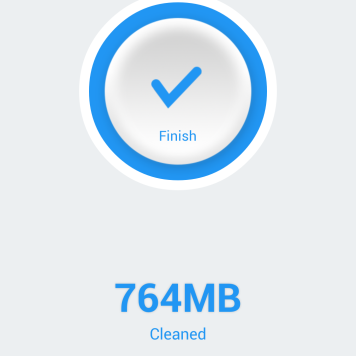 With the Anti-Virus feature of the app, I scanned through any potential malware files in my phone and repaired them, thus making my phone, clean and anew.

These features helped in making my smartphone more active and secure, and boosted its performance and speed. It eventually helped in downloading other such apps with much ease into my phone.

360 Security Lite is the ultimate solution to my smartphone’s?

With the massive amount of cleaned memory space, I was able to download 4 of my favorite mobile apps- Pinterest, StumbleUpon, Instagram and Twitter. Any smartphone and social life lover will agree with why I downloaded those. Loads of inspiration and social networking is the message!

Also, 360 Security Lite is indeed my choice over other such popular non-competitive mobile security apps, like Smart Booster, Battery Doctor and Avast Antivirus and Security, because it is a one-stop-solution to Mobile Security and Optimization and is completely #MadeForIndia.

Watch the below video to know more about how an essential mobile security app, 360 Security Lite is!

I am reviewing the 360 Degree Security Lite App for the #MadeForIndia activity at BlogAdda.

A tiny memory from our first valentine's day post marriage. We used to be such travel enthusiasts, and are still the same now.
Spilling a few secrets on how to ace your board exams in my new #blogpost on #akatheversatile
Stay one step ahead in online transactions with Virtual Cards. With a host of benefits that they provide, read my detailed blog for an insightful read (link in bio)
Check out my latest obsession in skin and hair care products. (link in bio)
Reminiscing this breathtaking view from recent trip to the picturesque @greenvelvetresort 💚
Mentally stuck in last weekend 💜